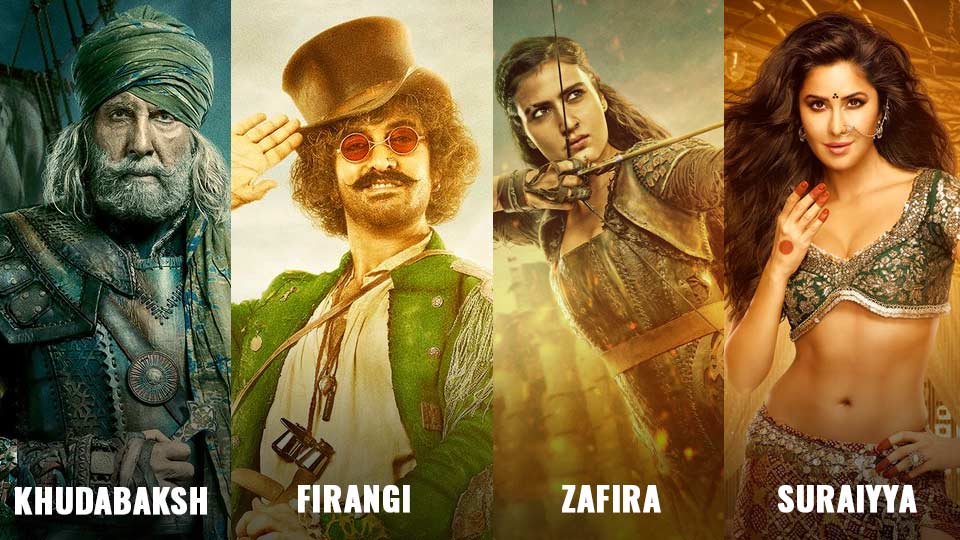 Ever since the movie’s first look was released, Thugs of Hindostan has managed to create a hype among the audience. The film that has power-packed star cast of biggies like Amitabh Bachchan, Amir Khan, Katrina Kaif and the talented newbie actress Fatima Sana Sheikh – is one the most significant releases and the most awaited movie of this year.

With 76 million+ trailer views, director Vijay Krishna Acharya has managed to woo the audience well and create a hype around the movie. With the backing of powerhouse Yash Raj Films as a producer, the film has all the elements to make it a big hit.

We present you a few reasons that why you should leave everything and prepare to watch the movie.

The movie’s plot is slated in the late 19th century when India had not gained independence from the British. In recent times, Bollywood has hardly experimented with such a genre that portrayed how a group of thugs came together to save Hindustan from the Britishers.  With a historical background, periodic costumes and pre-independence era dialogue delivery – the movie has managed to leave the audience curious. Probably, it’s the first film in many decades that has chosen to portray the pirates so well.

This movie will always be remembered as the one that managed to bring Aamir Khan and Amitabh Bachchan – the two leading superstars of Indian cinema, together. Movie fans always wanted to see them together and never thought they would collaborate for such a classic film. It also presents both the actors in a never-seen avatar before, which has left the audience asking for more.

3)  Because It’s a Diwali Release

Since Diwali is around the corner, therefore, there should be a movie that you could enjoy the Diwali evening. Having booked this year’s most famous festival slot, Thugs of Hindostan is a movie you will never complain about watching. With a unique theme, periodic background, star-packed performance – the movie offers everything to make your Diwali evening special.

The movie has a whopping budget of 210 crores and is based on a popular novel called ‘Confessions of a Thug.’  With majestic settings and splendid visual effects, the movie is sure to die for. This Aditya Chopra movie has managed to win hearts with the trailer only that showed excellent work on visual effects which are on the lines of Hollywood.

Whether it’s Bachchan as Azad, Aamir Khan as Firangi, Katrina as Surraiya, Fatima as Zafira or Lloyd Owen as John Clive – everyone has managed to impress the audience through the movie trailer only. The audience is memorised with everyone’s dominant acting performance. With Amitabh Bachchan leading from the front as a Shipwrecking warrior which reminds us of his 70s avatar as an angry young man, Amir playing the comical backstabber, Katrina as the elegant dancer and Fatima as a lady warrior   –  everyone is waiting eagerly to watch this piece.