He is dashing, charming, different. His smile is so heart-warming that no one can ignore him. Media and people call him by different names like Bhaijan, Sallu Bhai, the Sylvester Stallone of India and many more names. He has said a very famous dialogue and he believes that “Ek baar jo maine commitment kardi toh uske baad main khud ki bhi nhi sunta”. I am talking about the one and only The Salman Khan. So, Let’s press a rewind button of Salman Khan’s life.

Salman Khan came in to this world on 27th December 1965 in Indore, Madhya Pradesh. His father Salim Khan is a film scriptwriter. He has written the script of famous blockbuster movies like Sholay, Deewar & Mr India. His mother name is Sushila Charak/Salma Khan and she is Maharashtrian therefore Salman always says that I am half Hindu and half Muslim. Salman Khan has two younger brothers Arbaaz Khan and Sohail Khan and two younger sisters Arpita Khan and Alvira Khan Agnihotri 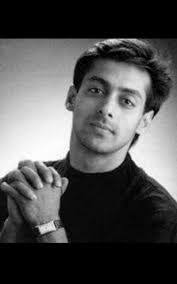 Salman Khan did his schooling from St. Stanislaus High School in Bandra with his younger brothers Sohail and Arbaaz. He also did some of the part of his schooling in The Scindia School, Gwalior with his brother Arbaaz. Salman also studied in St. Xavier’s College, Mumbai but he dropped the college in between. Salman Khan was a sports person and a swimmer in his school days. Salman Khan left the college in between and then he worked for some time in the Hotel Sea Rock in Bandra and after that he joined as an Assistant Director with Shashi Lal Nair during the making of the movie ‘Falak’

Making of a Star – Salman Khan 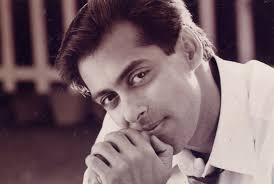 Salman Khan’s good looks, charm and his charismatic personality played no role in getting him this movie. How he got this movie was The director J.K Bihari was fed up searching for the actor who can become the Farooq Shaikh’s brother so he said that “I will take next person coming for the audition in the movie and I am not going to take any more audition” and the next person was the Salman Khan and in this way he got the movie. But Acting in the movie ‘Biwi Ho Toh Aisi’ was not the first time he faced the camera. Before Salman Khan got into the film he used to Modelling and he did an advertisement of Campa Cola in the year 1983 and this was the first time Salman Khan faced the camera and at that time he was just 15.

A year later came a blockbuster movie ‘Maine Pyar Kiya’ .This movie changed the life of Salman Khan forever. Maine Pyar Kiya was such a hit that this movie was dubbed in English with the name ‘When Love Calls’,Spanish as Te Amo,In Telugu as Prema Paavuraalu, in Malayalam language as Ina Praavukal and in Tamil language as Kaadhal Oru Kavithai . He achieved a big breakthrough in this movie. When he went to watch the movie he entered into the cinema hall like any other person alone with his friend but when he came out he was not the same personality, his whole life turned around because he had become the celebrity till then. Salman Khan said that the people were running behind his bike.

Even after being a celebrity with the grand success of Maine pyar kiya Salman Khan did not get the movie for 6 months and then his father Salim Khan went to the famous director G.P Sippy and told him that he just spread the rumour that G.P Sippy is making a movie with Salman Khan so that the people start recognising him in the film industry and then this announcement was published in the newspaper. This rumoured announcement changed into Reality.

G.P Sippy announced the movie with Salman Khan and the name of the movie was ‘Patthar Ke Phool’and when the movie released in 1991 then there was no looking back for Salman Khan. After that, Salman Khan worked in Many movies like Sanam Bewafaa, Saajan, Andaz Apna Apna, Hum Aapke Hain Koun, Karan Arjun, Khamoshi: The Musical, Jeet and many more. His one of the movie Hum Aapke Hain Koun also won the national award for being the most popular movie in India and till now this movie is regarded as the “Biggest Blockbusters Ever in Hindi Cinema“. Salman Khan became the Superstar.

Salman Khan got many awards till now but his first award was a Filmfare award and he got this award in the year 1990 for a Best Male Debut for the movie ‘Maine Pyar Kiya’. He also got Filmfare award for the Best Supporting Actor for the movie Kuch Kuch Hota Hai in 1999.

In 2008 he got the Apsara Best Jodi Award (with Govinda) for the hit movie Partner, this movie can be regarded as a come back for Salman Khan after a downfall of sometimes, In 2011 he bagged many awards for the movie Dabangg and Bodyguard some are Most entertaining Film Actor, Best Actor, Most entertaining Film Actor in action role, Stardust Award for Star of the Year. Beside that in 2004 Salman Khan was voted as the 7th best-looking man in the world and the best looking man in India by People magazine, US and in 2010 he was voted as the sexiest man alive by People magazine, India.

Last 3 decades in the Film Industry Salman Khan has won around 78 awards and out of which 2 are the National Film Awards. 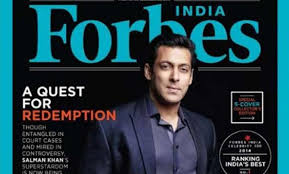 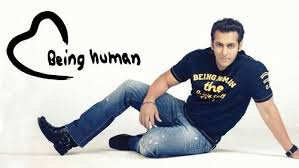 Now Salman Khan is well established and accomplished superstar. He never runs behind publicity but publicity run behind him. Movies starring Salman Khan guarantee huge opening from all over India. Salman Khan is one of the actors of Bollywood who has the most fan following despite being messed up with the legal cases. Salman Khan is a person with a Golden Heart, helping nature.

WE LOVE YOU SALMAN!!!!
WISH YOU A VERY HAPPY BIRTHDAY!!!!