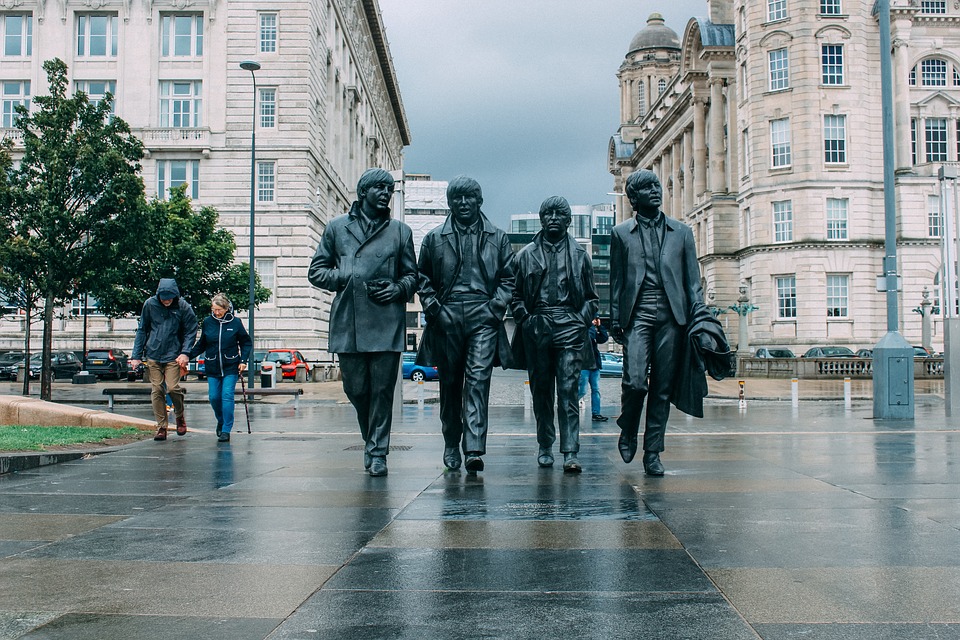 A lively city in Merseyside, lying inside the United Kingdom’s sixth-most congested urban area is Liverpool. With people counting almost half a million in estimation in 2018, it is the largest English district in Merseyside and considered as a metropolitan area.

Every traveler in the United Kingdom should pay a visit to this enthusiastic city, and see how amazing it is in many beautiful ways! Liverpool might just steal your heart, and make you love it more than you ever thought you would!

Traveling to Liverpool is a great privilege to know it through firsthand experience! It’s going to be a dream come true to land on this awesome city in the UK. When you’re already there, do not miss the chance to witness and/or meet by yourself the things Liverpool is famous for! Here are 5 of them:

You might get a stiff neck by looking at all the tall and astonishing buildings in Liverpool. The value it has placed on architecture is matchless and incredible!

Liverpool’s architecture is firmly embedded in the city’s growth and advancement into an extensive and major port of the British Empire. Definitely, its significant buildings and other establishments are part of a momentous history that has shone in the past and that keeps on happening at present. That is the reason why in 2004, large spots of Liverpool has been deemed and declared a World Heritage Site. Moreover, the biggest number of Grade II-listed buildings beyond the confines of London is within Liverpool. Strikingly, its listed buildings count 2,500 and its public monuments 250.

The architectural styles that Liverpool has given life to for the past 300 years still remain iconic and unparalleled. In this day and age, countless creative and innovative architectural practices have led and contributed immensely to chief avant-garde projects. That is to fortify and rekindle the unutilized architectural foundations and constructions of the city.

What’s more, whether you’re talking about malls, restaurants, shops, libraries, schools, houses or hotels in Liverpool, your eyes will neither be disappointed nor be bored. You won’t get enough of every sight of every building! More than them being Instagrammable, your eyes will just be mesmerized by all the architectural richness Liverpool contains!

No wonder, many quotes admiring this city were made.

Illustrated London News says, “It is the New York of Europe, a world city rather than merely British provincial.” You know how New York is prominent all across the globe. It’s like a place in the bucket list of many, the Big Apple with tons of life and celebration! That’s what Liverpool is like to Europe.

Daniel Defoe says, “Liverpool is one of the wonders of Britain. In a word, there is no town in England, London excepted, that can equal [it] for the fineness of the streets, and the beauty of the buildings.” Even if you didn’t hear it yourself, you can feel Defoe’s appreciation towards the visuals of Liverpool’s buildings and architecture!

After being behind the curtains for years, Liverpool was recognized as the 5th most popular destination for foreign travelers and tourists in 2013! It was also in that year that it was on the 5th rank for the most visited English locale for British visitors. Some are for vacation purposes while some are for business motives.

Since Liverpool is filled with visitors yearly, the tourist industry is even more doubling their efforts not just to accommodate these people but to also provide jobs for them, especially for those who will stay for work or a longer vacation. You can actually say that its fame for music and sport is a factor for this.

At the same time, accommodation types are also enhanced and multiplied. Serviced apartments in Liverpool have become an essential thing since the occupancy rate in the city has increased. Actually, it has gotten higher than in other places, especially beyond London. Serviced apartments in Liverpool are very helpful since they are suitable for traveler needs, not hurtful to the wallet, and they provide easy-access to tourist spots and basic needs.

Progressively, Liverpool is now (2019) the fourth most visited city for international tourists in the United Kingdom. It has numerous attractions, scenic views and meaningful places for everybody to visit. For a long time, Liverpool was not vitally noticed in this aspect, but now it gratefully is!

Probably not everyone always talks about how Liverpool has a prospering film industry. 2017 was a very busy year for the Liverpool Film Office since film and TV projects shot there were 289. Projects have kept coming in as Liverpool continually becomes an ideal filming location!

Letter To Brezhnev (Film, 1985), The Hunt For Red October (Film, 1990), The War of the Worlds (TV series, 2019), The City and the City (TV series, 2018), Coast to Coast (Film, 1987), Films Don’t Die In Liverpool (Film, 2017) and many more belong to the lengthy list of films and TV shows set and shot there! In the previous year, Liverpool was used as a shooting location for more than 140 films. It also doubled many cities and even countries and never fails to amaze!

Liverpool’s landmarks and buildings are all perfect for the big and the small screens!

With the springing abundance of Liverpool’s offers as a shooting site, the top-notch production companies and the official film office in the city are coming up with plans. The goal is to set Liverpool as the home of the United Kingdom’s film and television industry, as many filmmakers and enthusiasts see it that way. It was said to become “the main place to film in Britain,” as Liverpool is always a first-rate choice for filming locations.

Go type and search “Liverpool” on the Internet, and you will be faced with results that show football teams, achievements and everything related. That’s because Liverpool is widely known for the sport football. It’s actually like part of Liverpudlians lifestyle and culture.

Liverpool is the most victorious footballing city inside England. That’s outstanding record right there! It competes in the Premier League, which is the superior of English football. Everton is also included.

A small piece of paper is not enough to list down the accomplishments of Liverpool in the field of football. One of the most exemplary things to remember is that it holds the record for the most European Cup victories by an English team!

You cannot talk about Liverpool without mentioning its role in the music industry’s triumphs. Its power has been flourishing ever since, not only within the United Kingdom but throughout the entire world!

The Guinness Book of Records title as the Capital of Pop is possessed by Liverpool. Its music is not like any other anywhere else. It’s just very fascinating to hear and be swung by its impactful take on this artistry!

Liverpool is extremely famous for internationally renowned artists, musicians, singers and bands born and grown from its own soil. You will notice how in many other locations in the world, there are artists making a huge hit, and they are Liverpuldians.

The UK’s oldest surviving professional symphony orchestra is the Royal Liverpool Philharmonic Orchestra. Wowing, right? Age and time have not olden the allure of Liverpool’s love and talent for making music!

There are noteworthy artists of the time who started in this place. Some are Cilla Black, Carcass, The Scaffold and Billy Fury. The list cannot fit in a short piece of writing! Even if its a diverse-culture music band, whether it’s the second-to-none boy group and girl group in the universal music account, it has one or more Liverpudlian members.

Finally, Liverpool’s grandest victory in the music industry happened with the birth of The Beatles. They are the true legends, and no one in the same scene has topped them ever since. This Liverpool-born children made as a band did something no one else even until today has ever done yet!

The Beatles intensely influenced American music for years. They were the talk of the world. Even nowadays, The Beatles is still alive in the heart of the music industry. Their music never dies. Liverpool’s music scene has made a remarkable history, peerless and stupendous!

FAME OF THE CITY

Liverpool has always been that homeland its locals have always loved and been proud of. By traveling and getting to know this place, they are able to share with you the stupendous treasures it has.

Liverpool is just one of the innumerable places in the world that’s worth-visiting and worth-experiencing on your own as every place around the globe has its own beauty and uniqueness!