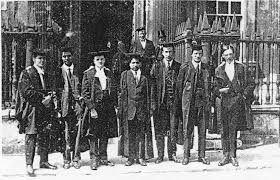 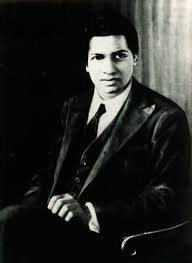 Srinivasa Ramanujan was born on 22nd December 1887 in Erode, Tamil Nadu in a Tamil Brahmin Iyengar Family. His father K. Srinivasa was a clerk in a saree shop and his mother Komalatammal was a housewife. Ramanujan was very close to his mother and he learned about the Brahmin culture, Puranas and about Hindu tradition from his mother only.

The Journey of Being a Mathematician

When he was 10 years old he solved the regular mathematics questions and at the small age of 12 years he had already mastered trigonometry from the book S. L Loney and after that, he developed many theorems on his own. He never took any training in Mathematics. Ramanujan was awarded a scholarship to study in the Government Arts College in the Kumbakonam city but he was not able to avail the scholarship because he was not a performing good in other subjects.

Srinivasa Ramanujan published his first research papers in the Journal of the Indian Mathematical Society in the year 1911.

His life took a 360 degree turn when in 1913 he wrote a letter to a famous British mathematician Godfrey H. Hardy and he was so impressed by his word that he called him to England in 1914 and spent 5 years in the Cambridge and made his identity in Cambridge and became a known face. In 1917, he was chosen as the member of the London Mathematical Society and next year in 1918 he was chosen as the fellow of a royal society and became the youngest person to achieve this position.

His mastery in the continued fractions was incomparable with any of the mathematicians across the globe.

Mathematicians are still trying to discover how Ramanujan came to these conclusions even after 100 years of his discoveries.

The number 1729 is known as the Hardy – Ramanujan number. Hardy said the number 1729 is a dull number and in response to this Ramanujan said “ It is an interesting number .It is the smallest number which is the sum of two cubes in two different ways.

There is a book on Srinivasa Ramanujan “ The man who Knew Infinity” written by Robert Kanigel and in 2015 the British Biographical film was made with the same name on the life of Srinivas Ramanujan.

He made our country proud at the age of 13 across the globe. Ramanujan devoted his life to mathematics. Celebrating National Mathematics Day is the way of paying tribute to Srinivasa Ramanujan and all other Indian mathematicians like Brahmagupta, Aryabhata. A big Salute to Them

Do you know any great stories about Indian scientists and Mathematician?