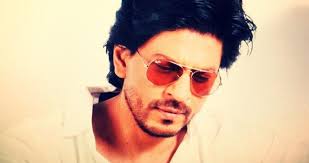 Shahrukh Khan, the king of bollywood, producer, and television personality has turned 53 today. Shahrukh Khan was born on 2 November 1965.

The Mannat, residence of Shah Rukh Khan in Mumbai is already being prepared with lights for the superstar’s birthday. Thousands of fans gather outside of Mannat. Shahrukh tweeted on Wednesday:

The long awaited trailer for the December release of Shah Rukh Khan, Zero, will be presented on the superstar’s birthday at a major event. On Friday, the Zero trailer will be launched at the IMAX in Wadala, Mumbai, the Twitter trade analyst Taran Adarsh. “Shah Rukh Khan and Aanand L Rai will release Zero’s trailer at IMAX Wadala [Mumbai] on SRK’s birthday [November 2],” he wrote in a tweet.

We all wish Shahrukh a very happy birthday 🙂