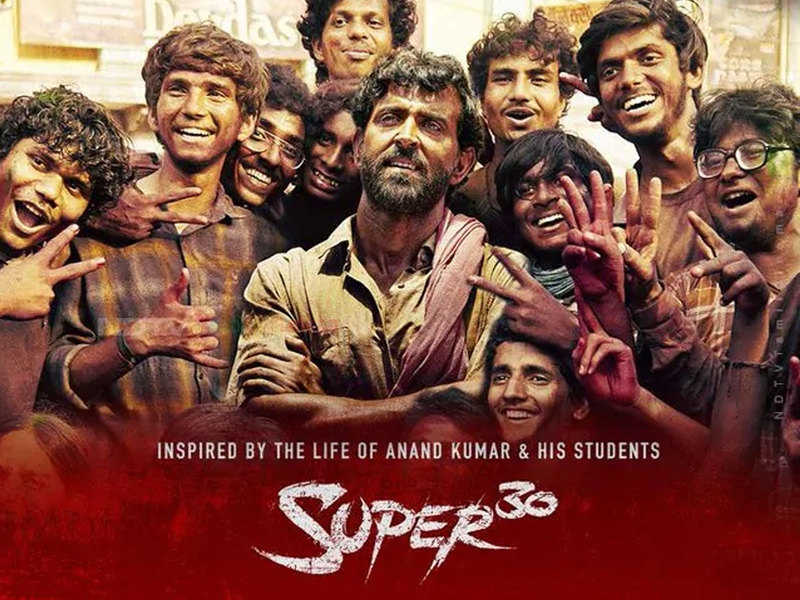 Super 30 movie is based on the biography of the famous mathematician, Anand Kumar. He was born on January 1st 1973 in Patna, Bihar. He started the Super 30 program to educate poor and underprivileged students for IIT-JEE. So, IIT-JEE is the entrance examination for the Indian Institute of Technology (IIT). He started this program in the year 2002. furthermore, This movie super 30 is based on how he selected 30 students for the Super 30 program, how he trained them for the IIT-JEE entrance examination. Also, super 30 is also going to feature what made him start the Super 30 program.

Coming to the movie, Super 30 stars actor Hrithik Roshan in the lead role as Anand Kumar and actress Mrunal Thakur as his wife. This is the upcoming movie of Hrithik Roshan in 2019 with heavy expectations. The story of the movie is written by Sanjeev Dutta and is directed by Vikas Bhal. In fact, It is produced by Sajid Nadiadwala under Nadiadwala Grandson Entertainment along with Phantom Films and Reliance Entertainments. Ever since it was announced that Hrithik Roshan will be playing the role of Anand Kumar it created a lot of buzz in the industry and it also has drawn the attention of movie lovers like me.

The movie posters have raised curiosity in me in knowing about the movie and eventually drawn interest in me. Above all, I was eagerly waiting to see the plot of the movie and Hrithik’s amazing acting.

And the day finally came!!!. So, on June 4, 2019, Super 30 movie trailer got released. One word to say about the trailer and the plot is wowww…The trailer was amazing. It created curiosity among the people. I am very sure that all of you must be waiting for the movie trailer. Therefore, you are reading this blog. The trailer received a tremendous response and also created a record as most watched trailer on day 1 with 20 million views. Hrithik has nailed the character of Anand Kumar and he morphed into the character of Anand Kumar. Many Bollywood actors and film producers have shared their thoughts on the super 30 movie trailer.

Ajay Atul has composed the songs of this movie. He has also provided the background music for this movie while Amitabh Bhattacharya has written the lyrics. This is the second collaboration of Hrithik Roshan and Ajay Atul after super hit movie Agneepath. The movie has got tremendous response from the people.

Finally, after a lot of delay and change of release dates, the movie is finally slated to release worldwide on July 12, 2019. Also, I am eagerly waiting for the release to watch the highly anticipated movie.

So, If you are also excited about Super 30 movie then don’t forget to like my blog. Also, please post your comments once you watch the movie.