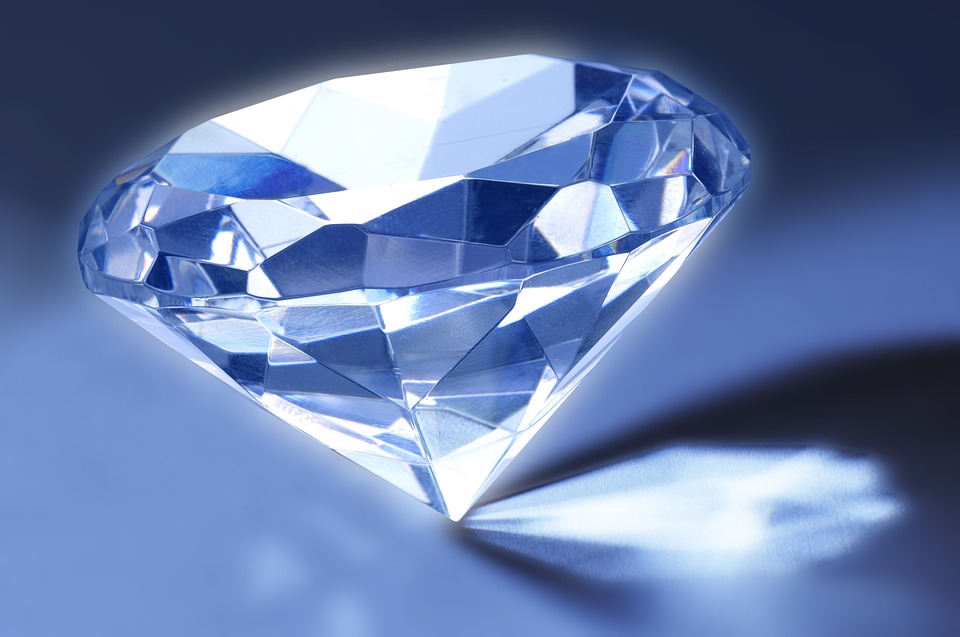 What is it about diamonds that pulls us towards them?

Do they come with some sort of black magic? I’ve always wondered.

Maybe it’s just the allure and the hype that we created back in the day.

Then again, there are so many reasons that make diamonds as exceptional as they are. You’ll learn about a lot of them, I’m hoping, in this article.

I promise you; you’re going to be amazed by a lot of things mentioned here.

So let’s dive into the ocean of diamonds, shall we? (Don’t worry, it’s just a metaphor that randomly popped into my head. I don’t think we could ever swim in a sea of diamonds.)

1. Do you remember our planet was once inhabited by dinosaurs? That was about a million years ago; to be precise, 65 million years. Do you know what the age of the youngest diamond is? 107 million years! Basically, diamonds have been around for a longer time than the first known living species!

Isn’t that interesting! Let’s move on to some more amazing facts!

2. Diamonds are said to be first discovered in India, and later on in Brazil. It is after this discovery that people all around the world began digging the earth in search of precious diamonds.

3. It is being claimed that there might be planets and stars in outer space made out of diamonds. Astronomers have already found these two types of planets, with the closest one being about 4000 light-years away. Now, there are no confirmations yet, but imagine if it were to be true! And then there’s another star that was found in the Centauri system (in 2004) which is 90% pure diamond. To surprise you, even more, the star is believed to be bigger than earth.

How many diamonds do you think that would make? Do you think we’d find a sea of diamonds there?

4. Romans and Greeks, in ancient times, used to believe that diamonds were made from the tears that Gods had cried. It was either that or that they were splinters from falling stars. Romans were also known to believe that a diamond was to sit on Cupid’s arrow.

I’m guessing this is how we came to use diamonds in engagement rings, and how it became one of the most admired stones associated with love.

5. I know you’ve known this fact since forever that diamonds are the hardest substance ever, in the natural category, of course. But did you know that diamonds can still be scratched? Yes! The only thing that can successfully scratch a diamond is another diamond.

Talk about an eye for an eye!

6. Naturally, there is only one substance that can make a diamond, and that is carbon. When inside the earth, carbon come under a lot of pressure and heat, carbon atoms form a unique bond to become the beautiful diamonds that women around the world love.

7. Craftsmen are required to go through intense training sessions and classes to learn how to polish a diamond properly. Cutting even the most simple of the diamonds take immense skill and patience. Only the most experienced craftsmen are hired to cut the expensive diamonds.

And then you wonder why diamonds cost so much? Of course, they will.

8. One particular diamond stands out from the ones we have mined up until now, and the gem was found in South Africa. Known as Cullinan, it was the biggest diamond to have ever been discovered and weighed 3106 carats. Cullinan was cut into smaller diamonds, which were still nine very large ones. Three of these diamonds can be found displayed in London.

9. Would you believe me if I were to tell you that we need to mine about a 100 miles below the earth’s surface to reach diamonds? This means that we mine about 250 tons of earth to receive one one-carat diamond.

10. Technology has reached such potential that now you can become a diamond! I’m not saying that you aren’t already a precious gem, but for real! You must already know that lab-grown diamonds are a thing. Well, since we’ve reached this far, why not go further? So now, your ashes can become a diamond and converted to jewellery that will be passed down to generations.

11. There are high chances that some of the rarest diamonds have come from space. There is a possibility that the Carbonado diamonds that are found in South America and Africa may have come to be due to the asteroid deposited there. These are not your regular engagement ring diamonds. They have higher levels of graphite and porous. But good news! Chances are, you could have one of these pieces polished and made into a black diamond to add to your unique collection!

12. Out of all the diamonds that are mined from the earth, 80% are given for industrial use. That’s a huge amount considering their rarity.

13. The Greek word “Adamas” means indestructible or invincible. It is from this word that we got the word diamonds. How conveniently appropriate is that!

Okay, the next one is as impressive as it gets.
14. The origin of the measuring system of diamonds came from fruits. It’s true. Carat, the word we use today, came from the Greek word kerateeon, meaning “fruits of the carob.” Now, carob is a tree that has a small fruit known as a carob bean, which is amazingly uniform in weight and size. So obviously they came to be used as a weight measurement in the ancient time. Over time, each carob became carat. Since the weight of each carob seed was found to be .197 grams (by British researchers,) the present standard of carat came to be as .200 grams.

15. Diamond was first used in an engagement ring in 1477 by Archduke Maxmillian of Austria. He proposed to Mary of Burgundy with a gold ring that had the letter M spelt out in the diamonds.

Isn’t that romantic and cute?

So you see, diamonds have spread a lot of joy in the world, from being used in engagement rings, to decorating idols with them, we have used these precious gems everywhere possible.

While today they’re a symbol of love, affection, and richness, in ancient times there were various other ideas considered to be correct, and in fact, prevailed.

From being known to be protectors to having healing properties, diamonds have won many hearts.

The next part of our story is to see where our love for a diamond takes us.

Will it be to an entirely different planet or will the pieces from this far off planet come to us?

I guess we’ll just have to wait and watch.

Author Bio: Khushboo Shah is an avid jewellery designer and a fashion consultant at ZIVAR.in. She is also an enthusiastic reader and an animal lover. Sharing the latest fashion trends and uncovering unique style secrets keep her going.