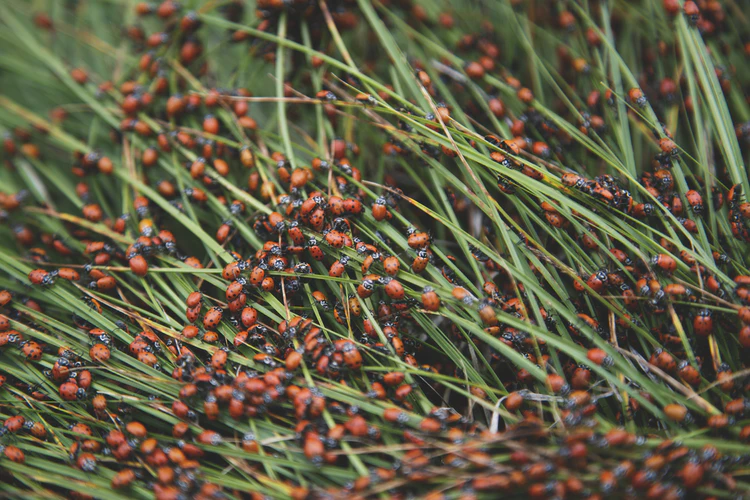 Are you up for some cringy, itchy, squirmy and scream-to-death horror movie night? The Science-fiction world always has something terrorizing to offer, causing us to acquire a lot of phobias. Films revolving around mutating beastly insects or deadly alien arachnids have been at the peak of the trend for the past years. No matter how extremely discomforting these movies on screen, moviegoers still buy it anyway. Sit back and get ready, here are the top ten most notably creepy crawly film to feed your thirst for scary-movie.

After a sudden mishap involving a housefly on his teleportation machine, a peculiar scientist grows some gross and disturbing bristly body hair. He develops rather alarming habits like having a voracious sexual appetite and loutish dining habits (he vomits digestive enzymes straight into his meal). Aside from the disturbing nature of the film, it accounts a tragic love story. The 1968 movie The Fly came out of the nasty vision of a Canadian body-horror specialist, David Cronenberg.

It earned an Academy Award for Hair and Makeup Category. Beforehand, in 1958, a short story of The Fly was released by George Langelaan. Langelaan’s classic piece from the golden age of sci-fi horror paved the way to the creation of the 1968 movie.

This 1982 American horror-comedy anthology film has been written by Stephen King in his screenwriting debut and directed by George M. Romero. The film consists of five short stories. But it wasn’t until in the film’s last segment entitled “They’re Creeping Up on You” when the big revelation and real horror comes out. When a sudden blackout hits New York City, Upson Pratt (E.G., Marshall), a vile germaphobe, suffer a cockroach infestation. Anyway, it isn’t just simple cockroaches but large, evil, and aggressive ones.

1980s horror films may remind you of the fad about bloodthirsty maniacs, brain-eating zombies, and soul-ripping boogeymen. But how could you miss the notable killer insects that ran strikes amok and cause a frenzy among humanity, one of these films is The Nest. Produced by Julie Corman, gory and squirm-worthy sequences is sure to expect. Bringing forward the silly opening scene where a cockroach is swimming in a cup of tea is harsh enough, and it only gets worse on the birthday cake scene. This movie might leave you sleepless for a couple of nights because you can’t unsee what you have just seen.

At the time when destructive human actions at its peak, particularly the extensive formulation of chemical pesticides, the natural forces have its ways to strike their terrifying vengeance. The 1977 film Kingdom of Spiders is one of the most highly viewed creatures and environment features. This movie consists of swarming fat and hairy tarantulas. So, anyone with arachnophobia will scare the soul out of them. One unusual—if not depressing—trivia about his movie is filmed in the pre-CGI era, and animal cruelty laws are less strict. Thus, not counting the use of few rubber stunt spiders, some of the arachnid extras are real—including those that are run over, squashed, and exterminated.

Beneath the New York subway system, there lurks a 6-foot tall arthropod boogeyman capable of mimicking the appearance of their prey—which, by chance, are humans. These foul creatures called Judas Breed are genetically engineered by an entomologist (Mira Sorvino) in an attempt to wipe out disease-carrying cockroaches that killed a lot of children in the city. It turns out after the cockroaches have gone into existence, Judas Breed is still lurking in the subway tunnels of Manhattan. They got bigger and dreadful, enough to commit heinous human crimes.

Initially from the 1905 short story of H.G. Wells, Empire of Ants terrify the cinema in 1977 by the total shock-master Bert I. Gordon. A sloppy Florida real-estate developer along with a group of his unfortunate clients are terrorized by a small army yet super-sized ants, ready for world domination. The plot then revolves around the mind control through ants’ pheromones fit to feed your guilty pleasure.

1990 was instead a nightmarish year for moviegoers’ films are released for specific phobias such as worms (Tremors), rats (Graveyard Shift), dolls (Child’s Play 2), clowns (It) and among others. One of the most notable is the thriller-comedy arachnophobia which took place in the Amazon Rainforest. The film opens with a guy poking around the Amazon in which as usual, things get weird. Despite its gleeful tone and funny scenes, the film proved to be extremely traumatic for those with a crippling fear of spiders.

Directed by Ellory Elkayem, Eight-Legged Freaks is a horror-comedy-action film starring Kari Wuhrer, Scott Terra, David Arquette, and Scarlett Johansson. It is about a colony of spiders in which exposed to toxic waste. The exposure caused the arachnids to mutate into gigantic and outrageous creatures that attacked a mining town in Arizona, USA.

This 2006 psychological horror film directed by William Friedkin. On the contrary, there were no humongous bugs, no medium, no little, but instead, just imagined microscopic bugs. A woman who’s holed up in a motel in Oklahoma becomes involved in a paranoid man who suffers delusional parasitosis and who’s obsessed with conspiracy theories. To know the plot, see it for yourself!

This black-and-white science fiction classic derives from an original story which was developed into a screenplay by Ted Sherdeman and Russel Hughes. It one of the first nuclear monster films in the 1950s and gained a nomination in the Academy Awards. In the plot, a nest of massive irradiated ants was seen in the New Mexico desert and became a national threat. The nationwide search began when the colony’s two young queen ants and their consorts escaped building new nests.

Now that you have a glance at these insect-arachnid horror films, you can watch them little by little. Make sure you don’t blink and avoid getting a heart attack. Check out this site to source remedies for your creepy crawly real life problems.