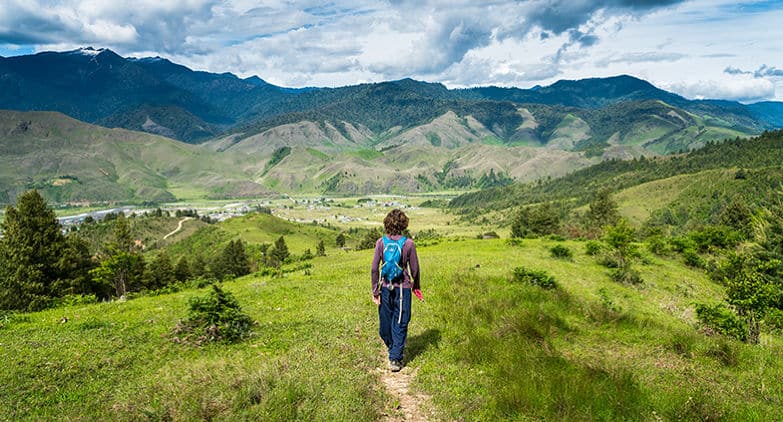 The Himalayas are the most sought-after spots for trekking and mountaineering, a heaven on earth for nature lovers. Each year, a significant number of trekkers and mountaineers visit the popular treks in the Himalayas, in search of serenity and solitude in the mountains. This article gives a brief introduction to some of the top Himalayan treks one can visit in 2021.

A high altitude mountain pass in the Kullu district of Himachal Pradesh and at an altitude of about 4,270 meters, the Hampta pass acts as a bridge between Lahaul’s Chandra valley and the Kullu valley. Best known for its changing landscapes- from the lush green valleys of Kullu and Manali to the barren and semi-arid deserts of Lahaul and Spiti, the Hampta pass trek is one of the most sought after treks in the state and has its admirers from all over the world. The trek will lead one through numerous vertical rock walls, flower-filled valleys and grasslands, streams and waterfalls, barren lands, and whatnot. A perfect trek for both amateur and experienced trekkers, the Hampta pass trek can be ideally visited during the months of May to October.

One of the most famous trekking destinations in Uttarakhand and forming the core of the Nanda Devi Biosphere Reserve, the Kedarkantha peak is best known for its breathtaking views of the Himalayas. A total of 13 Himalayan peaks are visible from the peak, which includes the magnificent Swargarohini peaks, Bandarpoonch, Black Peak, and the Ranglana peak in the Yamunotri and Gangotri ranges. It is one of the few treks in the Himalayas which can be visited all round the year. While one can get a ravishing view of the snow-covered mountains and grasslands during the winters, the summers and autumns offer stunning views of the flower-filled valleys with the snow-laden mountain along the skyline.

Best known for its picturesque meadows and flower-filled valleys, the Valley of Flowers National Park is one of the most famous trekking destinations in the state of Uttarakhand. The breathtaking views of the valleys filled with endemic alpine flowers and all different kinds of wildflowers like primulas, calendulas, daisies, anemones, orchids, and so on, the grasslands and meadows, streams and waterfalls with the snow-laden Garhwal mountains in the backdrop are a sheer delight for every nature lover. The rich and exotic flora and fauna of the region is what makes it one of the most popular places among trekkers and mountaineers. The park remains open for visitors from June to October, and each year a very large number of tourists visit this place especially during the monsoons to witness the spectacular views of the mountains and valleys.

One of the most sought-after treks in the country, the Sandakphu trek along the Singalila Ridge at the Indo-Nepal border is best known for its panoramic views of some of the tallest mountain peaks in the world, including Mount Everest. Other notable peaks visible from the summit include Mount Kanchenjunga (the third highest in the world) with its family of peaks (which include the Kumbhakarna and Kumbhakarna East, the Rathong peak, the Goecha peak, and Mount Pandim to name a few), Mount Lhotse and Mount Makalu (the fourth and fifth highest peaks in the world respectively), and Mount Chomo Lonzo. Trekking at such a high altitude and adverse climate makes it a little challenging, yet it is definitely one of the most visited treks in the country.

A high altitude mountain pass connecting the Pin Valley in Spiti to the Parvati Valley in Kullu, the Pin Parvati pass at an altitude of about 5,319 meters has grown to be quite a popular trekking destination. A moderate to difficult trek owing to the steep and narrow terrains and the adverse weather conditions, the Pin Parvati pass trek can only be traversed by expert and experienced trekkers. The trek is best known for its breathtaking views of the meadows and mountain valleys, with the mountains of the Pir Panjal range (the Lesser Himalayas) in the backdrop. One can ideally visit the trek during the months of July to September.