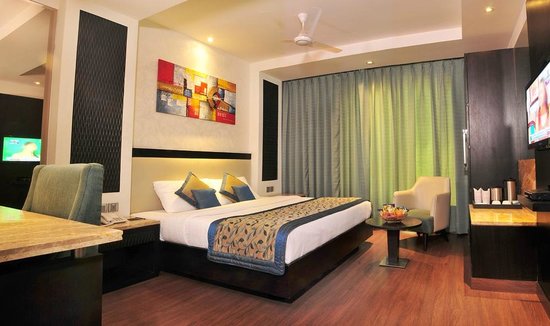 Have you ever been confused about whether to choose a 3star hotel or a 5-star hotel for your travel needs? Star hotels have so much to offer in everything right from rooms to food. And that is why they tend to charge a lot. But many of us prefer to enjoy luxury and cost-effectiveness at the same time which is quite rare. We have this mindset that always the top can only offer the best. It is not the case in certain industries. Many online portals create the impression that only 5-star hotels can offer the best in luxury and food. People have expressed their dissatisfaction at 5-star hotels and other 5-star rated luxury hotels in spite of spending a lot of money. Certain 5-star hotels also put up bad hospitality as they have already obtained that big name. Considering 3-star hotels can benefit you in multiple ways. There are a few factors that we have to see in star hotels before we choose them to stay. Travellers prefer to cross-check these factors before zeroing in on a star hotel. And many surveys have proven that travellers’ inclination towards 3-star hotels from 5-star hotels has increased.

PRICE: Every traveller has a budget in mind in which he/she plans to complete his trip. One might have planned a particular amount of expenditure for accommodation and food. Now comes the choice, whether to settle for less or more. Let’s say, for a given budget, one can either go for a luxurious room at a 3-star hotel or a standard room at a 5-star hotel. It wouldn’t be a good choice if one goes with the latter. Here it is very much evident that 3-star hotels have a crucial upper hand over 5-star hotels.

AMENITIES: Amenities are the second most important thing in choosing a star hotel. Five-star hotels are targeted to exceed the expectations of their patrons who are mostly well-off. These customers expect the luxury of 5-star hotels to match with what they enjoy at home. Three-star hotels are a different case. Even while you stay in a luxurious room you don’t put a heft on your pocket. Also, 3-star hotels have evolved a lot over time. The Three-star hotels earlier used to have lesser amenities. Now, some of the Best 3-star hotels in India have amenities that match up with the standards of 5-star hotels. This ranges from 24/7 room service to swimming pools.

South India has shown great improvement in the hospitality industry. The Three-star hotels especially have surpassed the quality of many other 5-star hotels in the country. One great example to mention here would be Hotel Radha Prasad, which has become one of the best 3-star hotels in South India because of its amenities and unique rooms that give its guest a doubt whether it is 3-star or 5-star hotel. Theirs is a name that immediately pops up whenever you ask for a 3-star hotel in erode. They also operate in other locations of South India like Tiruchengode. If you are a frequent traveller, then choosing a Three-star hotel would surprise and make you happy much more than you expect. For more details click here.